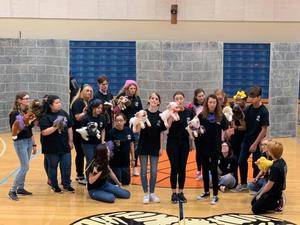 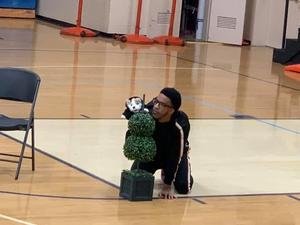 High schoolers sing Opera for nearly 5,000 students
It's not every day that high school students get to perform opera, but students at Stewarts Creek are doing just that, and in a very fun, interactive way.  In it's second year, the Stewarts Creek Opera2Go program takes a 45-minute Opera and tours to local elementary school.  This year, SCHS students will perform for nearly 5,000 students at five different elementary schools across Rutherford County on January 27 & 28.
"Opera isn't the most accessible art form, especially for high schoolers," says Brian Russell, choral director at Stewarts Creek High School.  "Many times it's in a different language and the ranges aren't really appropriate for teenage voices to sing."
But Russell's former voice teacher, Lawrence Hensel of Wyoming, has created an opera just for Stewarts Creek, taking the music of 19th Century composer Jacques Offenbach, adjusting the ranges to suit the teenage voice, and setting the music to new words that young children are bound to enjoy - the story of the Three Little Pigs.
Complete with set, costumes, props, and hand puppets for every cast member, the Opera tells the story of failed restaurateurs Peter, Paul, and Larry (the three little pigs) and their harrowing attempt to escape the claws of the Big Bad Wolf, who wants to build a nationwide chain of pulled pork restaurants.  Through the help of their friends and even the audience, the Big Bad Wolf's plan is foiled, the Pig's restaurants re-opens, and the entire cast dances Offenbach's most memorable piece - the Can Can.
"Opera2Go achieves two goals," says Russell.  "First, high schoolers can dip their toe into the world of Opera, something most singers don't get to do until college or even later.  Secondly, elementary school students get to experience Opera in a fun way - maybe one day they'll remember their first experience with Opera and get season tickets to the Met!"
Published January 27, 2020 Print