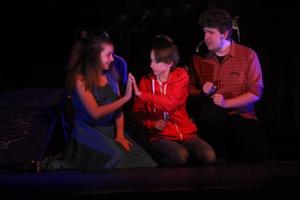 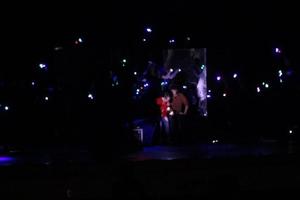 Stewarts Creek High School's Red Hawk Theater recently placed 1st in the statewide Tennessee Theater Association One Act Play Competition. The festival took place on the Austin Peay Campus in Clarksville, Tennessee, and features some of the strongest high school theater programs from across the state. "We are a growing program, so to get this type of recognition in our 6th year is a nice validation that we are on the right track," said Donald Fann, the Theater Arts teacher at Stewarts Creek and director of the show.

The students performed the Tony award winning play, "The Curious Incident of the Dog in the Night-time", adapted by Stephen Simmons from the Mark Haddon novel. The play takes place in the mind of Christopher Boone, a 15 year old on the autism spectrum, as he investigates the death of a neighbor’s dog. The play is very cinematic, leaping from scene to scene and eventually revealing far more than Christopher is searching for. “Playing Christopher was incredibly challenging,” explained Samatha Dedrick who was named “Best Actress” for the role, “It was treading a fine line to not misrepresent his condition, while still making him believable and human.”

"Our students workshopped the script over the summer," Fann stated, "The concept that we discovered is to create an ensemble piece that focuses on illumination and reflection. The use of flashlights as imagery as well as the primary means of lighting serve as a metaphor for Christopher’s quest, while mirrored surfaces allow us to explore the disassociation he feels in times of stress.” Junior cast member Hannah Blankenship remarked “I was excited to be a part of such a different kind of ensemble, using light, mirrors and movement to create the imagery in his mind.”

At the festival, Stewarts Creek competed against 14 schools from across the state. The top two productions are eligible to compete at the Southeastern Theater Conference, one of the largest theatre conferences in the United States, in March. In addition to placing 1st overall and Dedrick’s “Best Actress” award, Fann was recognized as "Best Director", Heidi Andrews and Sarah Tuverson were named to the "All Star Cast". Kirsten Womack received the Technical Theater Scholarship and Alex Copely received the Acting Scholarship and was Runner-up for the Technical Scholarship.